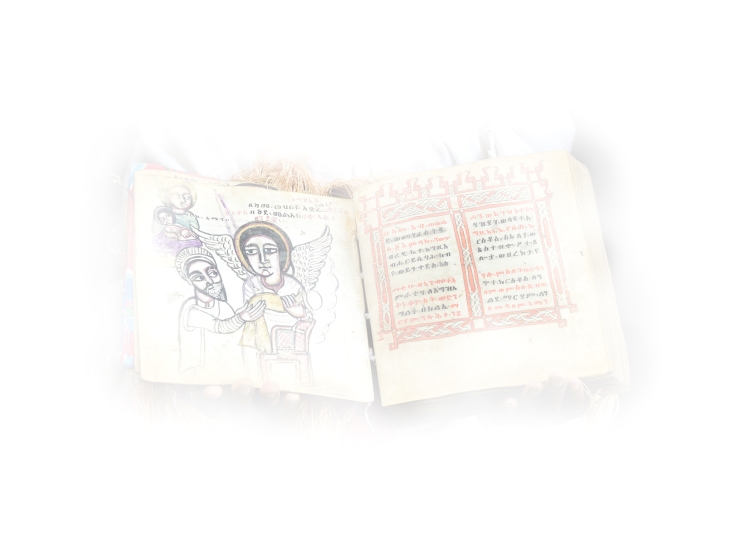 Religion is a cornerstone in Ethiopian culture; 99% of Ethiopian people are believers, 62% of them practice Ethiopian Orthodox Christianism.

Ethiopian people consider themselves descendants from Queen of Sebah. There is a myth that links the travel of Queen of Sebah to Jerusalem to meet King Solomon with the roots of Ethiopia. Queen of Sebah had a son named Menelik who traveled to Jerusalem to meet his father, Solomon. At this point the story has two versions: Menelik stole the “Ark of the Covenants” (the one that keeps the “tablets of stone”  that God gave to Moses; named “Tabot” in Ethiopia) or Solomon gave the Ark to Menelik and wanted him to hide the Tabot in order to preserve the Ark from enemies that were about siege Jerusalem.

Whatever it was, Menelik took the Tabot and went to what today is Ethiopia to hide it there. At first the Ark was hidden in a secret church inside a remote island in the middle of Lake Tana, at the North of Ethiopia and finally, almost 3000 years ago moved the Ark to its current location, at Axum, in the church of St Mary of Zion.

Nobody can visit the tabot except the guardian who lives there all his life, sleeps just two hours, eats just once, at 7 pm, an injera dish, and keeps praying the rest of the day.

National proud and self-confidence of Ethiopia lays on this myth. In fact they believe that Ethiopia is the only African country never colonized (it has been just twice invaded and for just few years)  because the Ark protection.

Lalibela is one of Ethiopia’s holiest places and a center of pilgrimage. This town at the North of Ethiopia, in the Amhara region, has a group rock-cut monolithic churches dated from the 7th to 13th centuries, traditionally related to the reign of king Gebre Mesqel Lalibela (1181–1221) who ordered to build this complex of buildings as a symbolic representation of Jerusalem.

The churches are widely known throughout the world for their impressive architecture ( carved in the very rock). However, the interior surprised me: I expected they were bigger and more magnificent. The general sense had a kind of decadence. The walls were decorated with paintings on religious themes. I found it less surprising than the fresco paintings I saw days before in the churches of Lake Tana; the floor was covered with old rugs, generally red in color; Although it was not a significant date, the presence of pilgrims and priests was habitual: some prayed, others studied ancient holy books or simply took care of the temple (they slept and did not fall from the chairs). Some of the priests were very kind and showed us their sacred relics.

This is a series of photographs taken in September 2019.